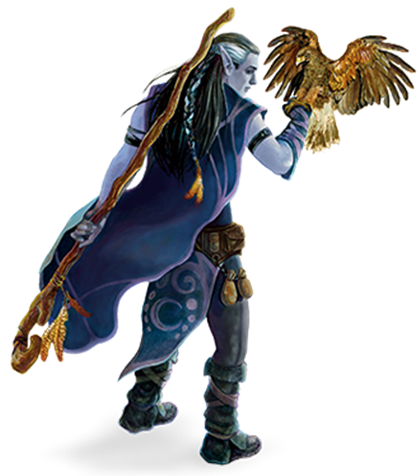 In D&D, and other RPG’s, fairly often a special item is just something like a +1 sword, yay, you can hit better and do more damage, but not all that exciting. Every adventurer worth their salt has a +1 sword. The same for a ring of walking on water, okay, that one is cooler. But a lot of the times what players want, because of their practicality is the +1 weapon and the +1 armor. Those a great and fine for mechanically in the game, but not that interesting, and a +1 sword gets tossed aside when the +2 sword comes along.

So what can you do to make magic items still be useful but more interesting? There are several different ways you can do that, and it ties some into my Friday Night D&D that was also posted today, but you can name the weapon, make it sentient, make it cursed, give it unique properties, or let it evolve.

The point of naming a weapon is that a +1 long sword isn’t that exciting, but Gregor Falhelm’s Long Sword or The Shadow Blade, those are interesting. Who is Gregor Falhelm and why is this sword known as that? That’s something the players can checkout. The Shadow Blade clearly has a lot of history with it as well. Now, they’ll still probably toss it aside when a +2 sword comes along, but in the mean time, you can have a quest for them to track down the history of the sword. Maybe Gregor Falhelm was a famed adventurer who was known for something and now the player will try and live up to it. Or The Shadow Blade is a weapon from a famed assassin that had belonged to a thieve’s guild years ago but had gone missing, and now that you have it and people have seen it, the thieve’s guild wants it back. The names can generate more story for you to play with and make it more memorable than just a +1 long sword.

Another thing you can do is give the weapon a personality. Allow it to communicate telepathically with it’s wielder. Maybe Gregor Falhelm died defending an orphanage and because of that his soul was attached to the blade and he can tell them about years ago or give advice when needed. Or The Shadow Blade because of all of the assassinations it has helped with and all the blood on it, maybe it has a dark personality that urges that player to kill. Again, only a +1 sword, no extra abilities, but now you have something more for the player to interact with. How do they deal with a sword that is constantly urging them to kill? Gregor Falhelm is interesting to listen to, but very long winded, what does the player think of that. Give it a unique personality so that the players get a memorable experience with that weapon and it’ll be more than just a +1 long sword to them.

Cursing a weapon is always a fun surprise to pull to make it memorable as well. With a curse, make it something that is annoying but not game breaking. Maybe The Shadow Blade thirsts for blood and will cut the wearer if they don’t get blood on it otherwise. Maybe if they get too far away from it the cursed soul of Gregor Falhelm, because he couldn’t save the orphans and now it’s just a constant weeping that only the player can hear from the sadness and they have disadvantage to hit because Falhelm doesn’t want to kill anymore. There are a lot of negative things you could add to a magic item to make it more interesting. A wand of fireballs, but you don’t know where they’ll go. A ring of water walking that walks your feet along the surface of the water, but from the bottom side. Be creative with the negative affects because again, we’re trying to make things more memorable.

Unique properties is one that is fairly tame, kind of like naming the weapon. Just give it something small or as big that it can do as well. +1 sword, well there’s a magical word to make it glow. Now you don’t need more torches, but the sword is more interesting. Or the word for the glowing sword is common so it’s possible that it could be triggered at the wrong time by anyone saying the wrong thing. One idea I had was a sword of reincarnation. If you died by that sword, within 7 days your soul would find a new body to go into, so you really aren’t dead, but you’re probably pissed that someone tried to kill you. That makes for a great story. It could just be that the +1 sword of Gregor Falhelm glows blue whenever an orphan is near. Or The Shadow Blade adds a mark for each person it’s killed on the blade and if it ever gets full something will happen.

Finally, make it evolve. Take what you’ve learned from above and make it get better along with the player. Now The Shadow Blade, which was just a +1 sword will start to grant a bonus for stealth the more the person kills with it, or when the player character hits level twelve, not only do they get a +2 to attack and damage now it gives a +2 to stealth and deception. Gregor Falhelm’s sword glows in the presence of orphans but the player can unlock what is basically the ability the detect evil with the sword once per long rest or once per short rest. The example I gave in the Friday Night D&D was to make Mjolnir. Don’t start off with this amazing hammer that the person can use to fly with and call lighting with, but start out with just a simple +1 hammer, eventually it does an extra 1d4 of lightning damage. Then the player can once per long rest do 3d10 lightning damage on an attack. Eventually at a higher level, at the start of combat the player can cast call lightning and either use it as a one off level 9 call lightning or it can deal and extra 3d10 on every successful attack. Mjolnir, then, which might have started out as at level one as just a regular war hammer could be for the final epic battle a hammer that grants the user flight (though technically it’s just throwing it and forgetting to let go), throwing it and it returning, +3 to hit, +3 to damage, call lightning at level 9 for a one time affect or call lightning at level 3 for an additional 3d10 lightning damage on every attack. You have the weapon evolve with the player and they don’t forget their their awesome weapon.

So there are a lot of interesting things you can do to make it more than just a +1 long sword or a +1 shield, or even a ring of water walking. You can create something unique and create unique situations for them to use it in. It’s silly for Gregor Falhelm’s sword to glow around orphans, but useful if an orphan is lost in a labyrinth and it glows brighter the closer to the orphan you are. So if you create something odd like that, use it in the story. That’s the other and really the biggest thing, none of these things will make the magical item stand out unless you use it in the story. The item being part of the story and important to the world is going to make it more memorable than anything else, so maybe The Shadow Blade is just a regular long sword with a +1, but if the thieve’s guild is coming after the players, it’s interesting.

What are some memorable magical items or moments with magical items in D&D or other RPG’s that you’ve had in a game? Do you use magic items a lot?